The Metropolitan Municipality of DIYARBAKIR (Amed) issued the following report on the arrest of their co-Mayors GULTAN KISANAK & FIRAT ANLI last Tuesday, October 25, 2016 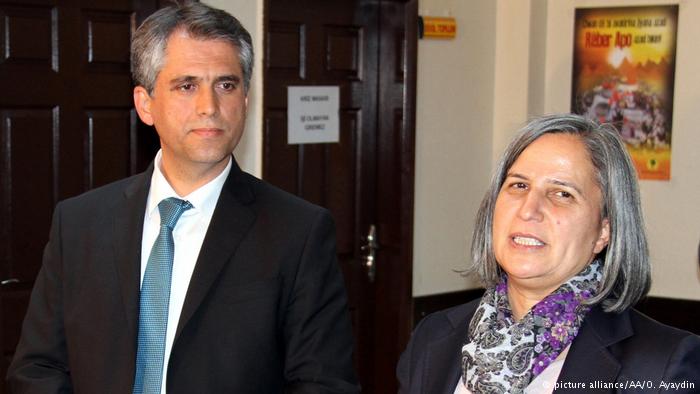 REPORT ON DETAINMENT OF GULTAN KISANAK & FIRAT ANLI, CO-MAYORS OF DIYARBAKIR
Diyarbakir, with a population of 1.8 million, politically and culturally the most significant city in the Kurdish region of Turkey, is now facing another major challenge after months of armed conflict in the city center that ended in March 2016. Co-Mayors of Diyarbakir, Gultan Kisanak and Firat Anli were detained by Turkish police 1 on 25 October 2016
around 9 PM.

Ms. Gultan Kisanak also serves as the co-chair of the Union of Southeastern Anatolia Region Municipalities (GABB), which is an official umbrella organization bringing together 117 municipalities.

Just after the detention, the internet connection across the Kurdish region was cut. As of 27 October 2016, millions of people still have no internet access. This blackout attempt aims at silencing voice of people in the region as well as to prevent them from exercising their right to be informed about developments.

Detention of co-mayors took place hours after the last official inspection process by the Court of Audit ended, that was continuing for the last 3 weeks within Diyarbakir Metropolitan Municipality. Although inspectors could not find any grounds for detaining co-mayors with allegations of misuse of municipal power and infraction of rules, the government detained co-mayors. As press release by Diyarbakır Chief Public Prosecutor’s Office indicates, they were detained due to statements they had made, mainly because the government believes that their detention would be beneficial for its political interests. Those statements made by the co-mayors falls into cases of exercising right for freedom of speech.

Read the full report as pdf below.