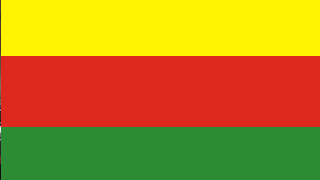 In the north of Syria lies Rojava (“west”). The Kurds, together with their compatriots of other ethnic-religious origins, founded a new, basic-democratic society. They called these the “Democratic Federation of Northern Syria.”

After Turkey occupied the Kurdish enclave Afrin in the north-west of Rojava in early 2018, the name of the remaining region was forced to change again, this time to “Autonomous Administration of North and East Syria”.

An estimated 2 to 3 million Kurds live in Syria. Here, too, the Kurds were for decades a discriminated population that was confronted with forced assimilation, the suppression of the Kurdish language and culture and a thorough Arabization policy of the fertile and oil-rich Kurdish regions in the north of the country.

When the civil war broke out in 2011, the political leaders of the largest Kurdish party, the Democratic Union Party (PYD), chose to keep the Kurdish regions out of the conflict. President Assad largely withdrew his army from the Kurdish north, and the PYD used the power vacuum to introduce its own model of society, democratic confederalism. This model is based on the ideas of PKK leader Abdullah Öcalan and focuses on basic democracy, women’s rights, peaceful cohabitation between peoples and religions, ecology and regional autonomy.

However, the Kurds did not get much time to implement their ideas because in 2014 the jihadist armies of the Islamic State (IS) launched their attacks against the Kurdish regions of both Iraq and Syria. For this, they received minimal support from the Turkish regime, which watched in an approving manner how the Kurdish regions in Syria were rapidly captured. For a while it seemed as if the Kurds would be completely ethnically purified, but thanks in part to the United States, the Kurdish People’s Defense Units (YPG) and their female militias (YPJ) turned the tide during the battle for the last remaining Kurdish city of Kobanê.

The YPG/YPJ then formed alliances with Arab tribes and Christian and Yezidi militias, among others, and established the Syrian Democratic Forces (SDF) with them. With American and European support, the SDF managed to quickly regain ground from the Islamic State. In early 2019, the SDF on one side – and Assad’s regime troops on the other – handed the final blow to the bloodthirsty Caliphate.

Meanwhile, the Turkish army, along with other jihadist militias, had begun a new war front. In August 2016, the Turkish army invaded Syria to prevent the SDF from succeeding in liberating the entire north of IS and the “Democratic Federation of Northern Syria” from forming a completely unified area. This Turkish operation was continued in January 2018 by the annexation of the Kurdish enclave Afrin in the northwest, which was ethnically purified. Now that IS has been defeated, the US wants to withdraw from Syria and Turkish President Erdoğan threatens to annex the rest of Rojava.

In the meantime, the reconstruction of this hard-hit region costs a lot of money, while international support is difficult to deal with. Through our SOS Rojava and Shengal campaign you can financially support.