The ‘Saturday Mothers’ have met every Saturday in Galatasaray Square for a brief peaceful vigil since 1995. In 1999, the families of the disappeared were forced to suspend their vigils because of police intimidation and harassment. The weekly gatherings resumed in 2009 and have continued ever since. They are calling for truth and justice for their loved ones – just some of the hundreds of reported cases of enforced disappearances in Turkey during the 1980s and 1990s. For most families the circumstances surrounding the disappearances of their relatives are unknown, even whether they are dead or alive. Those responsible have never been brought to justice.

Turkey: Listen to the voices of the relatives of the disappeared

On 25 August 2018, police in Istanbul used tear gas, plastic bullets and water cannons to disperse the 700th gathering of mainly women, some of whom in their 80s. Known as ‘Saturday Mothers’, the women have been holding a peaceful vigil for remembering their loved ones since the mid-1990s, protesting the enforced disappearance of their relatives whose fate they seek to find out.

Ever since that fateful day in August, Saturday Mothers have been banned from gathering in Galatasaray, a square they consider to be the ‘symbolic graveyard’ of their loved ones. Determined in their fight for justice, they now gather in a narrow street for their weekly vigil. They should be allowed back to Galatasaray Square.

“We will never give up on our disappeared and on Galatasaray Square, the location of our [symbolic] reunion with them every week.” – Final sentence of the Saturday Mothers’ weekly statement.

President Recep Tayyip Erdoğan met some of the relatives of the disappeared in 2011 when he was Prime Minister and promised that his government would start working on the disappearances. Now, Saturday Mothers want to meet him again to ask him to make good on his promise and resolve the impasse created by the ban.

Tens of thousands of people around the world have called on the President to lift the ban on the Saturday Mothers’ vigil.

Stand in solidarity –  Add your voice for this global call and send a message to the President. 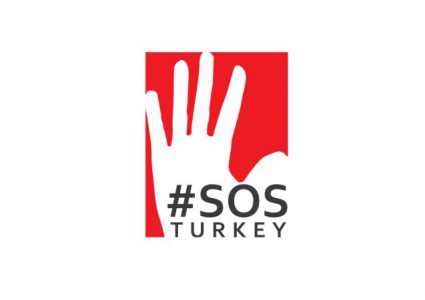